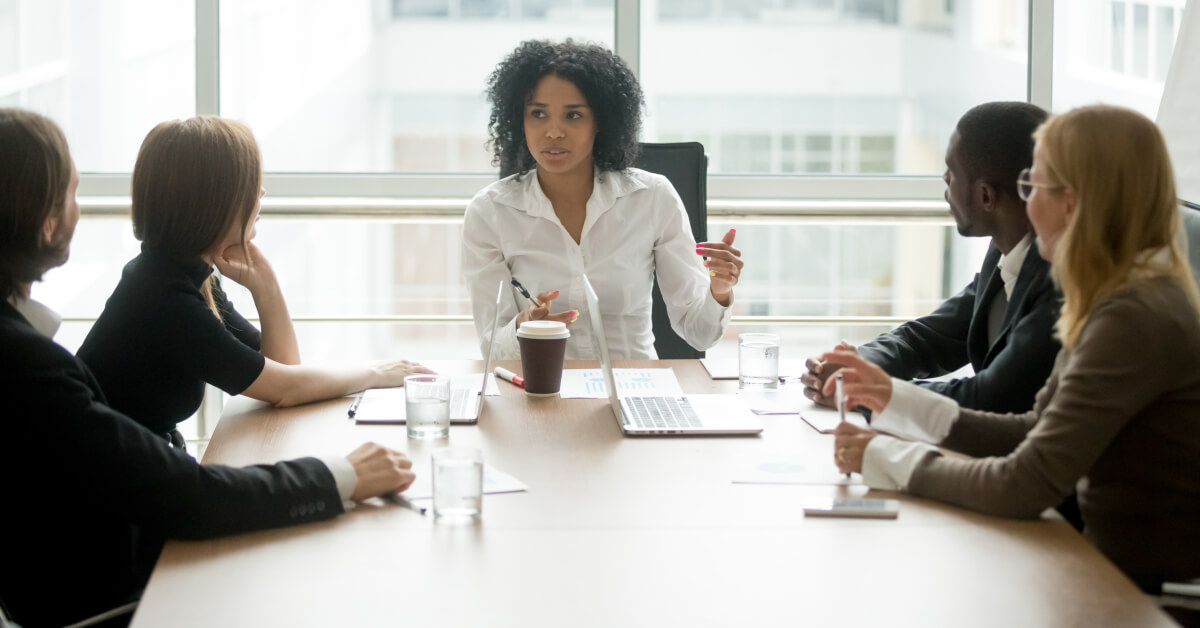 2018 is the 30th anniversary of the passing of H.R. 5050, otherwise known as the Women’s Business Ownership Act. This revolutionary legislation didn’t just contribute to the growth and success of women-owned businesses across the country, but also marked the beginning of a movement.

History of the bill

“Prior to the bill, women business owners were largely unrecognized,” said Deborah Sweeney, CEO and owner of MyCorporation.com. Women couldn’t apply for business loans without a male relative’s signature, nor could they build business credit in their own name.

“The presumption from testimonies in the hearings supporting the Women’s Business Ownership Act,” said Sweeney, “was that women would default on loans and, therefore, were too high of a credit risk.” But limited access to funding made it difficult for women business owners to grow their businesses, secure federal contracts, and become prominent enough to participate in business policy creation and development.

The National Association of Women Business Owners (NAWBO), however, was instrumental in creating change. Gillian Rudd, who was president of NAWBO at the time, called out the SBA’s inaccurate report and urged Congress to push for more comprehensive data on women-owned businesses.

Emerald Archer, PhD, director of the Center for the Advancement of Women at Mount Saint Mary’s University, said NAWBO helped organize committee hearings to discuss the impact of women business owners on the economy. Through lobbying and grassroots efforts, they helped educate policy-makers on the value of women-owned businesses, arguing that more women participating in business meant a healthier economy and greater potential for job growth.

What the bill did

The act’s provisions collectively gave women business owners more autonomy, support, and credibility, not to mention resources. Having the right tools is “critical for growth and success,” said Sweeney.

Perhaps the most significant impact was the newfound ability for women to apply for business loans without a man’s name on the application. This freedom allowed more women to secure financing for their businesses and grow their operations.

Sweeney said H.R. 5050 personally paved the way for her as a business owner. Because of the legislation, she was able to obtain a business loan to purchase MyCorporation.com from Intuit in 2009, a time when not many banks were issuing loans to begin with, let alone approving loans for what was considered a “high-risk purchase.”

The bill also prompted a national shift in perspective. “HR 5050 was the piece of legislation that jump-started a conversation around gender equity in business,” said Archer. The bill forced banks, government entities, corporations, and consumers to acknowledge that “women have a significant, unique perspective to offer on business, the economy, and the workforce,” Sweeney explained.

As of 2017, there were more than 11.6 million women-owned businesses in the United States, which generated a collective $1.7 trillion in sales. Archer said California is a particularly good example of the economic impact H.R. 5050 has had and continues to have.

According to The Report on the Status of Women and Girls in California, California is home to the most women-owned businesses of any state. In 2017, that number was 1.55 million businesses, which collectively generated an annual revenue of almost $226 billion.

Despite the progress made over the last 30 years, there’s still plenty more ground to cover. “The history of women building their own businesses with widespread support has been relatively short,” said Archer, which makes it tricky for women to network effectively. “Mentors and sponsors, female investors, and female leadership can be challenging to find in early stages of business development,” she explained.

“Women need to have more examples of other women finding success in business ownership and entrepreneurship, not just running small businesses, but succeeding at running and growing large business ventures that obtain VC funding,” said Sweeney.

Indeed, the biggest problem women business owners continue to face is securing funding. Women aren’t just approved for loans at a lower rate than men, Archer said, but are also ask for and are given less funding than men, which means they aren’t able to grow their businesses as quickly as a result. In fact, in 2017 women-led businesses were given just 2.2 percent of the total $85 billion venture capitalists invested, while businesses with all-male teams received 79 percent of the funds.

“And we know for any business to succeed, you need resources to hire, effectively market, and recruit future investors,” said Archer.

The good news is there are more resources and communities for women business owners now than ever before. Archer said Ellevate Network, for example, is a platform that helps facilitate connection between women in business. The Women’s Business Enterprise National Council is another excellent resource. The independent organization offers national certification to women-owned businesses, a status that enables those businesses to secure larger corporate contracts.

Many policy-makers are also actively working to combat the issues women business owners face by creating legislation designed to help support their needs.

Part of an effort to expand the SBA’s microloan program, the act gives direct loans and grants to intermediary and non-profit groups, which then issue microloans of up to $50,000.

Access to capital is crucial for any business, but microloans aren’t a perfect solution. “It is certainly a welcome opportunity to have more female-led businesses funded by, at the very least, microloans,” Sweeney said, “but it would be even better to have greater parity at the outset.”

The average loan size is $13,000, which may help a small business get started, she explained, but may not be “sufficient [enough] to make a significant impact in the growth and success of a business.” That’s why it’s still important to demand better legislation and support for women-owned businesses.

H.R. 5050 changed the landscape of business in the U.S. Not only did the legislation challenge long-held gender biases and help eliminate lending practices that favored men, but it also gave women a voice in business for the first time. There’s still a long way to go, but the impact women entrepreneurs and business owners have had on the country’s economy and culture in the last 30 years is monumental — and worthy of celebration.

5 women entrepreneurs on the best part of owning a business