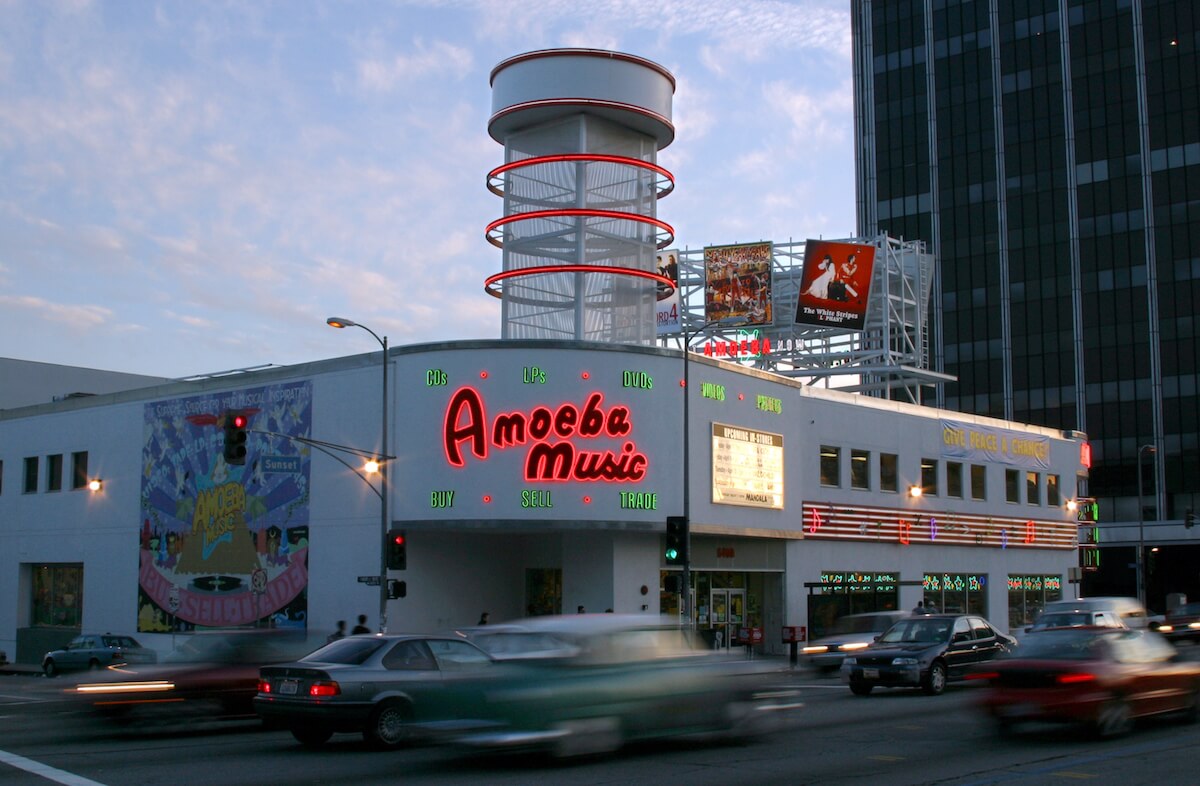 Want the perfect anecdote for record store culture? Recall or watch the scene in High Fidelity when Jack Black tosses out the Belle and Sebastian tape and puts on his “Monday Morning Mix.”

Obviously this is a joke, but it does get at the intense passion that music lovers have. Hardcore fans of music are specific breeds of people—and thus, specific breeds of customers. While the turn to downloading and streaming music has upended the industry, there remains a subculture that wants the ability to dig through mountains of records in the search for that rare edition (you know, the one with the extended liner notes).

As Marc Weinstein, founder of Amoeba Music, commented in a Rolling Stone interview: “Music is most people’s connection to the spiritual. It’s how they get high. You have to respect that—whatever sort of music they’re into.”

Amoeba Music has weathered all of the changes in the music industry over the past quarter century, while big-brand music stores have bitten the dust—recall the fates of Virgin Megastores, Borders, and Tower Records. Amoeba, however, has recognized that fervent music lovers will never disappear, and has found ways to sustain a viable model based on delivering new releases alongside the rarest of rarities.

Amoeba has three retail locations, each of which has also become iconic landmarks. The first location was a small storefront in 1990 in Berkley, California, opened by former employees of the highly regarded Rasputin Music. In 1997, these self-described music geeks opened their second location in San Francisco in the Haight-Ashbury district, and in 2001 they opened their biggest branch in Hollywood. Huge spaces stocking enormous amounts of music (literally, everything you can think and more) is not the typical conception of an independent retailer—but Amoeba is not your typical independent record store.

The secret to Amoeba’s long-term success is their unique value proposition: colossal yet curated. As Weinstein mentioned in the same interview: “There are no real museums or libraries for recorded music—that’s partly what we’re trying to be.” Indeed, Amoeba has hundreds of thousands of records, tapes, and CDs representative of the vast ranges in music genre, format, and obscurity. It’s estimated that the Hollywood store alone contains around 250,000 titles—everything from top-40 radio hits to the most underground rock, rap, jazz and world music, everything from Kiwi to Qawwalli.

As it’s expanded, Amoeba has successfully treaded the line between independent and mass market. Besides stocking a breathtaking inventory, the chain has focused on the music itself, hiring staff that’s highly knowledgeable and passionate. They also function as a venue and host in-store music performances—common for independent record stores, but Amoeba is able to showcase global music giants, such as a Paul McCartney.

Of course, a retail business can’t run only on passion and buzz-generating events. The recent resurgence in appreciation (and sales) of vinyl has kept Amoeba stable. Even as CD sales decline and downloads and streaming rises, there’s still a desire for the physical record—not only as a physical object, but as a medium that offers a superior sonic experience.

Amoeba has also developed cross-branded partnerships, such as their installation at Urban Outfitters—which some considered a risky move for Amoeba’s independent cred, but which the company was able to execute with a crafted, curated eye. The selection of LPs featured a cross-section of popular genres and was aimed at not only boosting sales, but also developing greater awareness amongst a new customer set and driving Amoeba’s digital sales.

Amoeba’s success as a classic record store depends on its independent identity and labyrinthine offering. But above all, it depends upon being run by people who care and know about music as much as their diehard customers.

5 easy ways to improve your business over a long weekend