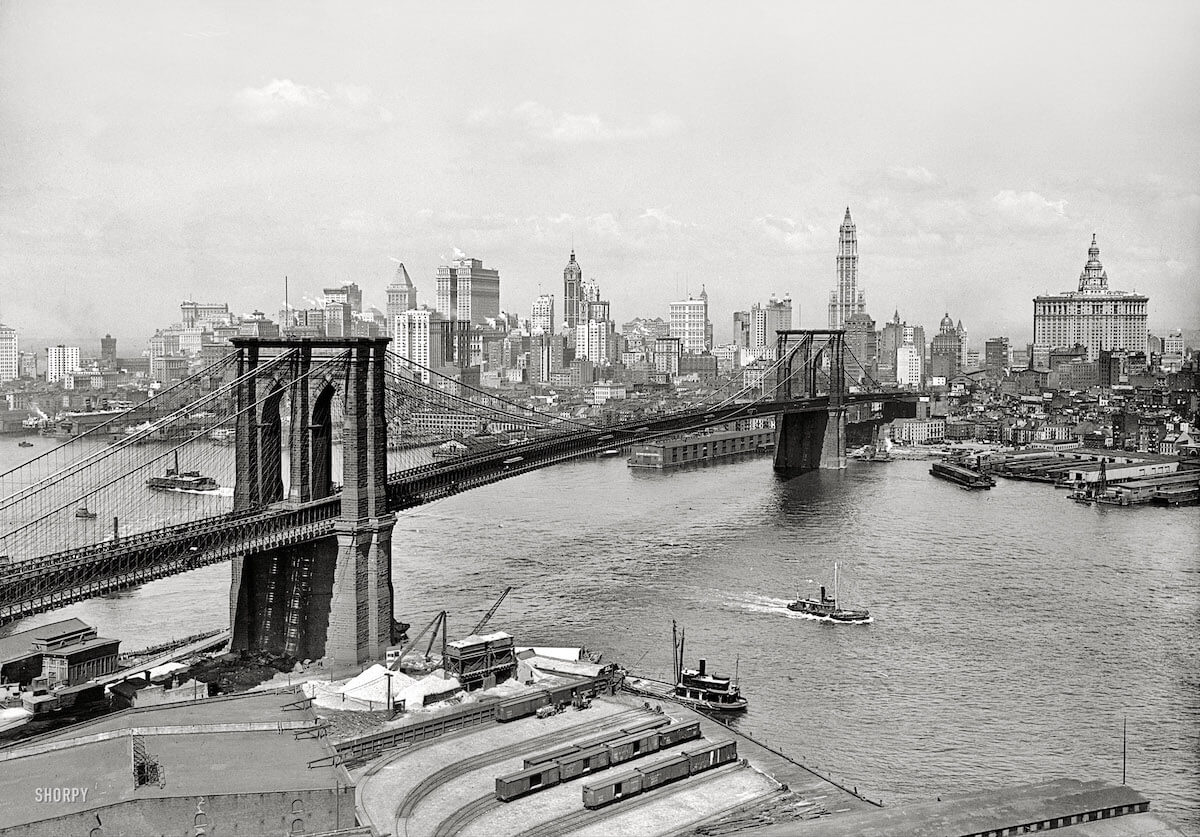 In an age seemingly defined by constant turnaround, mergers, and closures—it’s interesting to take stock of the smaller businesses that have lasted. And not just for 20 or 30 years, but for 70, 80, and beyond. What is it, after all, that ensures a business to stay open for longer than a generation?

Judging from some of New York’s oldest businesses, which have been around since the start of the 20th century, it includes strong family ties that continue to churn out new talent, a certain pride in one’s history, and a commitment to product quality and unique offering—whether that offering is eye glasses, pizza, or a dependable watering hole.

In 1899, a man named Hymon Moscot arrived in New York via Ellis Island. He joined the many other pushcart vendors on Orchard Street in the Lower East Side and sold ready-made eyewear. (These carts were like proto-food trucks, selling all sorts of wares and goods in tenement-era New York. He opened up a brick-and-mortar shop in 1915.) This sort of fin-de-siècle entrepreneurialism is storied, but few of these businesses have both survived and thrived into the present day like MOSCOT Eyewear. Now providing iconic eyewear to a hip global crowd, it’s clear that Moscot’s vision and strategy was 20/20.

The oldest apothecary in the country, C.O. Bigelow was opened in 1838 and persists in a time when big pharma reigns supreme. C.O. Bigelow continues to make handmade prescriptions, focusing on blends of natural ingredients. Everything from hand treatments to oral care to homeopathic remedies can be found here, where personalization is built into the mission statement. A big part of their operational legacy over the years has been the passing of ownership from employer to employee, as well as the strong family ties.

An old German-style charcuterie, Schaller & Weber opened in 1937 after Ferdinand Schaller and Tony Weber joined forces. Schaller, who finished his apprenticeships in Stuttgart and across Germany, was a master craftsman of cured meats and sausages, and he and his partner Weber made everything by hand at the Upper East Side location. Today, they also import hard-to-find items—from Limburger cheeses to rare sauces and syrups. However, it’s their homemade meats (which regularly win awards at European fairs), which keeps this charcuterie at the head of its meat game.

Renowned for their coal-fired crispy dough and fresh mozzarella and sauce, the uniquely titled John’s of Bleecker Street (aka John’s Pizzeria) is an OG pizza joint that hasn’t turned into a tourist trap like others. The place was opened in 1929, founded by an Italian immigrant named John Sasso. Hundreds of pizzas get made daily (they don’t do slices—it’s whole pie or no pie) but they’ve retained a sense of homeliness, where everyone sitting at the benches feels like a regular. Staying true to a model that works, John’s of Bleecker shows that you don’t always need to reinvent the wheel.

One of the oldest taverns in New York City, Ear Inn is located on the ground floor of the historic James Brown House (the African American Civil War veteran and aid to George Washington, not the founding father of funk). A Manhattan watering hole like few others, it got its start when Thomas Cloke starting brewing beer in 1890 and running it as a saloon for the sailors and longshoreman that turned up from the nearby Hudson River. The bar was operated as a speakeasy during the Prohibition, but it got its name when its new owners—Columbia students in the 1970s—decided to bypass the fee for landmark preservation and change its sign from “Bar” to “Ear.”

Does Your Email Marketing Comply with Federal Law?

Established in the Emerald City: 10 of Seattle’s Oldest Small Businesses