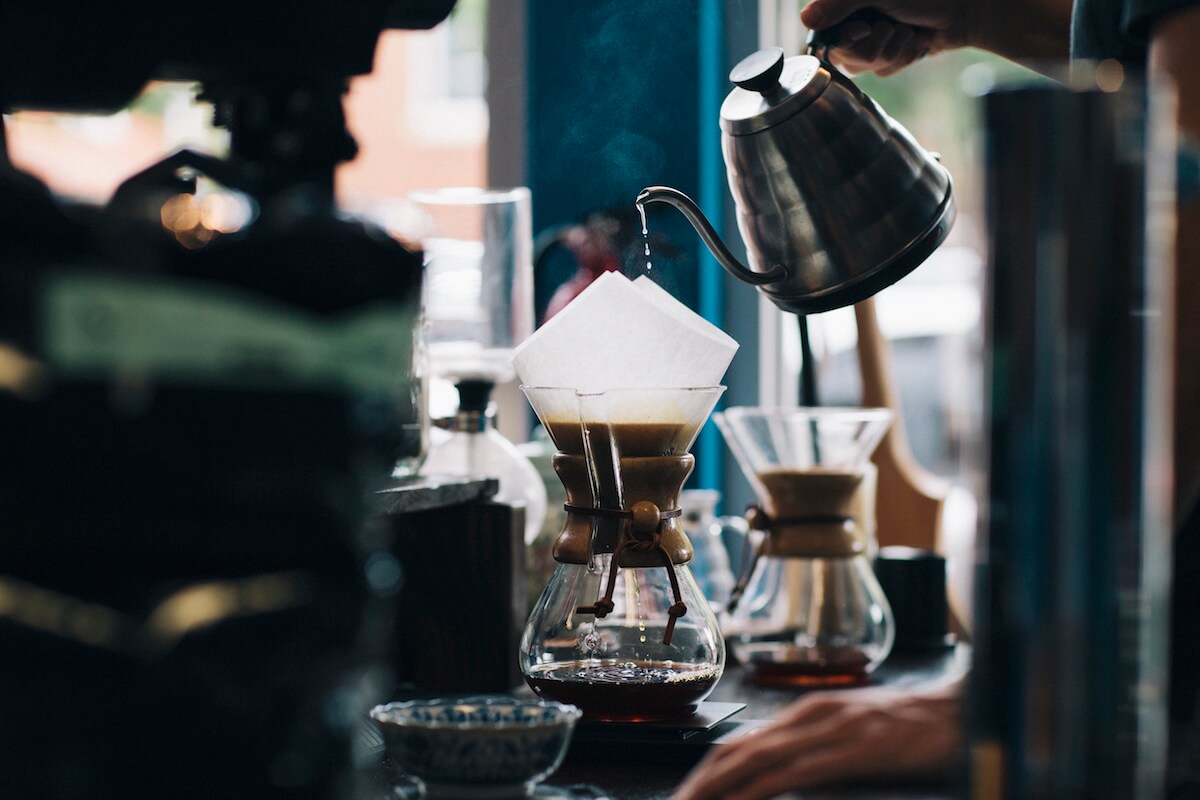 By now, you probably know what crowdfunding is. Maybe you’ve even backed a crowdfunding project. In case you don’t know, crowdfunding is a method of collecting funds from the general public in order to get a product, business or other idea off the ground. Individual donors contribute small amounts, often in exchange for some incentive, such as early access, official credit, or some exclusive reward.

There are a seemingly endless number of crowdfunding sites serving an equally limitless number of niches. Crowdfunding is common in the world of tech products, where development time and materials are often costly, but people have also crowdfunded music projects and films, restaurants, honeymoons, and probably just about anything else you can think of.

We’re going to talk about an imaginary crowdfunded coffee shop.

For the purposes of this article, we’re going to focus on Kickstarter, only because it is the largest crowdfunding platform in the space and some of the policies in place are geared to ensure that backers will have a higher quality experience. There are dozens of other crowdfunding sites that might serve your needs. Something to know is that Kickstarter takes a comparatively high fee, and also reviews projects to ensure that they meet a set of vague requirements — generally, that projects are initiated in a spirit that reflects the overall Kickstarter vibe, have a publicly stated end goal right from the very start, and that they meet expectations about the integrity expected to be able to fulfill the project.

Our imaginary coffee shop has raised $25,000 from more traditional lenders, but due to unforeseen complications, needs to raise additional money. So, they’ve turned to Kickstarter.

Our founders decide to set the lowest contributing tier at $10. For $10 a donor will receive one free cup of coffee per month for a year. It’s not going to make a huge impact on the donor’s life and it’s not likely to make a big dent in the business’ costs, but it gives the donor the sense of having contributed to a project she believes in, and it gives the company a way to solicit donations at an accessible level to pick up long-tail contributions from supporters who may not be able to contribute at higher levels.

A successful crowdfunding campaign is actually a successful marketing campaign. Some ideas lend themselves more naturally to the type of storytelling necessary to drum up sufficient interest to meet the lofty goals of an ambitious crowdfunding campaign. In order to meet a goal of any substantial size, you’re going to need a bit of magic. You need a compelling story about your team, product or business model, you need backer rewards that offer genuine value to your contributors, and you need an engaged audience eager to support you.

Your story can be crafted, your idea can be refined, your rewards can and should be great, but an audience is never a given. You can have the best idea in the world, with great rewards and if no one knows about you, your project will be doomed to failure.

Kickstarter, and most mainstream crowdfunding platforms, only provide funding to ideas that are fully funded. A central conceit of the crowdfunding premise is that you are trying to raise a specific amount of money to accomplish your aims. The challenge is to choose a number that is realistic for you to raise, while also sufficient to actually execute on the promise of launching your business.

Our coffee shop founders must leverage their personal networks. They must convince the people who care about them the most to convince the people that care about THEM the most to care about this project. Why? The story and the idea will help, but they need to be framed properly. The semiotic positioning of most Kickstarter campaigns is that of the underdog, and you’d be well served to invoke that trope. You’re funding a dream — a completely achievable dream — and everyone who contributes is voting with their money to say that hope can win out, that real people can accomplish great things.

The way to tell your story is through a personal approach to sharing your business plan. You should aim to inspire confidence in your success to contributors.

If they can accomplish this, they’ve cleared only the first few hurdles in generating the amount of interest that they’ll need. Typically, crowdfunders would be wise to run highly targeted marketing campaigns on Facebook, Twitter, Instagram or Google. For instance, in the case of our business owners, we might suggest that they target their ads at people that like other nearby coffee shops or local businesses that will be positioned similarly to the way their coffee shop will be perceived.

Prizes they might consider would be for $25 you can have a free dessert every week for 1 month1. For $50 you may have access to a table near a power outlet for up to 5 hours per week for 6 months. For $100 you will be invited to a monthly party where the chefs and baristas try out new food and drink items after hours. For $1000 you will get all of the above, along with free coffee for a year and a table to work at 3 hours per day.

These types of enticements might attract the attention of foodies and freelancers. This would give you more specific information to inform your advertising targeting.

Some folks who set ambitious goals for rewards to be given away to contributors wind up regretting it. Try not to choose something that will greatly inconvenience you to fulfill. The last thing a business owner needs is something that generates extra work with little or no additional revenue.

The coffee shop founders are providing regular updates to contributors and visitors to the Kickstarter page. They’re moving forward with planned renovations to the space, so they’re sharing photos and reflections on the work being done. This provides contributors and site visitors with a satisfying sense that they’re contributing to a project that is already a success.

They hit their goal of $25,000 and receive their funding from Kickstarter (minus a 8-10% in fees). They get to work immediately, continuing to provide updates to backers while also positioning themselves to fulfill the rewards offered to backers.

All in all, this has been a very successful campaign, and they didn’t have to raise any additional capital to complete their mission.

How to calculate the cost vs. benefit of hiring

How to Interview Someone