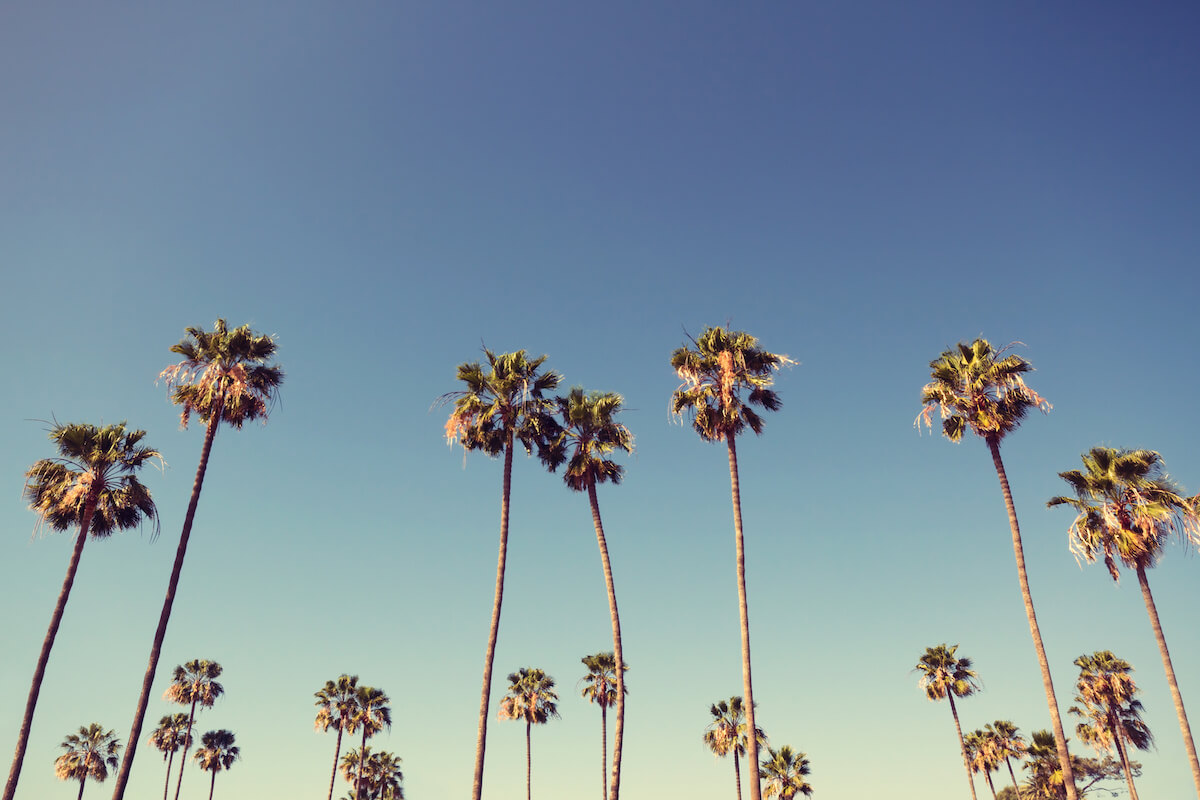 Ahh, sunny California: San Francisco Bay, San Diego sailboats, Napa wine valley, not to mention the glitz and glam of La La Land. For a single state, California is filled with more landmarks and cultural touchstones than most countries. And yet, nestled between sound stages and Silicon Valley startups, lie hundreds of innovative, resilient and historic independent businesses proud to call California home – after all, there’s no business like small business.

Kicking things off with California’s oldest operating restaurant, Tadich Grill has been open for business since 1849 – yes, the same year that lends its name to the 49ers (it was a big year for The Bay!) From its origins as a coffee stand meant to give Gold Rushers the energy they needed to hit the jackpot, Tadich Grill has grown into a veritable seafood institution – you may even be in the same barstool as Groucho Marx!

Since 1849, San Francisco has been proud to call itself America’s master sourdough baker, and it all started with Boudin Bakery located in the historic Fisherman’s Wharf. The traditional sourdough recipe calls for a portion of the previous day’s dough to provide the yeast for leavening the next day’s batch. Sourdough batches have been passed on at Boudin for over 150 years, meaning you can still taste some of the original Gold Rush flavor in today’s loaves. Boudin Bakery produces 20,000 pounds of the stuff a day at the Fisherman’s Wharf location – pucker up!

Lots of American diners pride themselves on old-school charm and mom and pop recipes, but how many can say they’ve been had their doors open in three different centuries. The Saugus Cafe opened in 1887 and is Los Angeles County’s oldest operating restaurant. From the decade-spanning jukebox filling the joint with golden oldies  to the aura Theodore Roosevelt left behind when he stopped by at the turn of the century, The Saugus Cafe is a testament to California’s rich and vibrant history. And like any great LA landmark, The Saugus is immortalized in film, appearing in the lesser known Frank Sinatra movie “Suddenly.”

Hollywood has been the center of the entertainment industry since pictures started moving and has relied on thousands of small business to keep the lights of show business shining bright. Enter, Independent Studio Services established in 1977. Founder Gregg Bilson, Sr. began the business by renting props to film productions out of his home, and then later, a Lockheed hangar. With over one million props in its inventory, ISS has everything from taxidermied alligators to an arsenal of prop weapons and military supplies. ISS even found itself in the news in 2001, when prop currency from the set of Rush Hour 2 scattered through the air during an explosion sequence and wound up in the wrong hands, forcing the government to enact a recall – now, that’s how you know the props are authentic!

Sure New York may be the first city you think of when you’re in the mood for hot dogs (and Chicago’s probably the second) but its Los Angeles who plays host to one of the most famous frank stands in the world, Pink’s which has been grilling them up since 1939. Named after founders Paul and Betty Pink, and not, as you might have guessed, the color of a perfectly cooked link – Pink’s opened in the wake of the Great Depression offering up hot dogs for just ten cents a piece. Since then, the Pink’s have raised prices just a bit, but that hasn’t stopped the signature line of customers from lining up around the block for celebrity-themed hot dogs like the Rosie O’Donnell Long Island Dog or the Lord of the Rings Dog, topped with, you guessed it, onion rings.

Located just outside of Sacramento, Placerville Hardware has been operating for over 160 years, making it California’s second oldest business. The store got its start supplying Gold Rushers with the supplies necessary to strike it rich, and hasn’t slowed down ever since. Owned by the Fausel family for the last sixty years, but not much else has changed, as the original floorboards, nail bins, and holes to sweep the gold dust into are still standing strong. Placerville is officially the oldest hardware store west of the Mississippi.

It wouldn’t be a list of California’s most historic businesses without including the state’s oldest company, Duocommun. Founded one year before California became a state in 1850, Duocommun got its  start supplying land and gold prospectors with hardware during the Gold Rush. After World War II, the company went public and has since evolved into an aerospace and electronic systems manufacturer. Its helped contribute to space shuttles, space stations, and is currently contracted to produce the electronic systems for the Navy’s Tomahawk Cruise Missiles. From the Gold Rush to the Space Race, Duocommun has certainly made its mark.

For six generations, Burnett and Sons has been providing lumber and supplies for the Northern California area since it first opened up shop back in 1859. Burnett and Sons is so entrenched in the Sacramento economy, it even provided materials for the construction of the state capitol building! In fact, the company has been around for so long, many of its projects today consist of restoring historic works it had a hand in creating hundreds of years ago – now that’s what you call a cyclical economy!

Established in 1919, McCarthy is San Diego’s oldest family owned moving company. At the time of its founding, Southern California was beginning to draw more and more new residents, which meant that plenty of boxes and packages from elsewhere in the country needed to be moved and unpacked! In came Leo B. McCarthy who used his horse and wagon freight business to help settle America’s newest frontier. Since then, Leo’s descendants have switched over to more powerful vehicles than the original horse and buggy, and have helped tens of thousands of San Diego’s residents on their moving days – but we’re not sure why anyone would even think of moving from San Diego in the first place.

How small businesses can plan for a low season