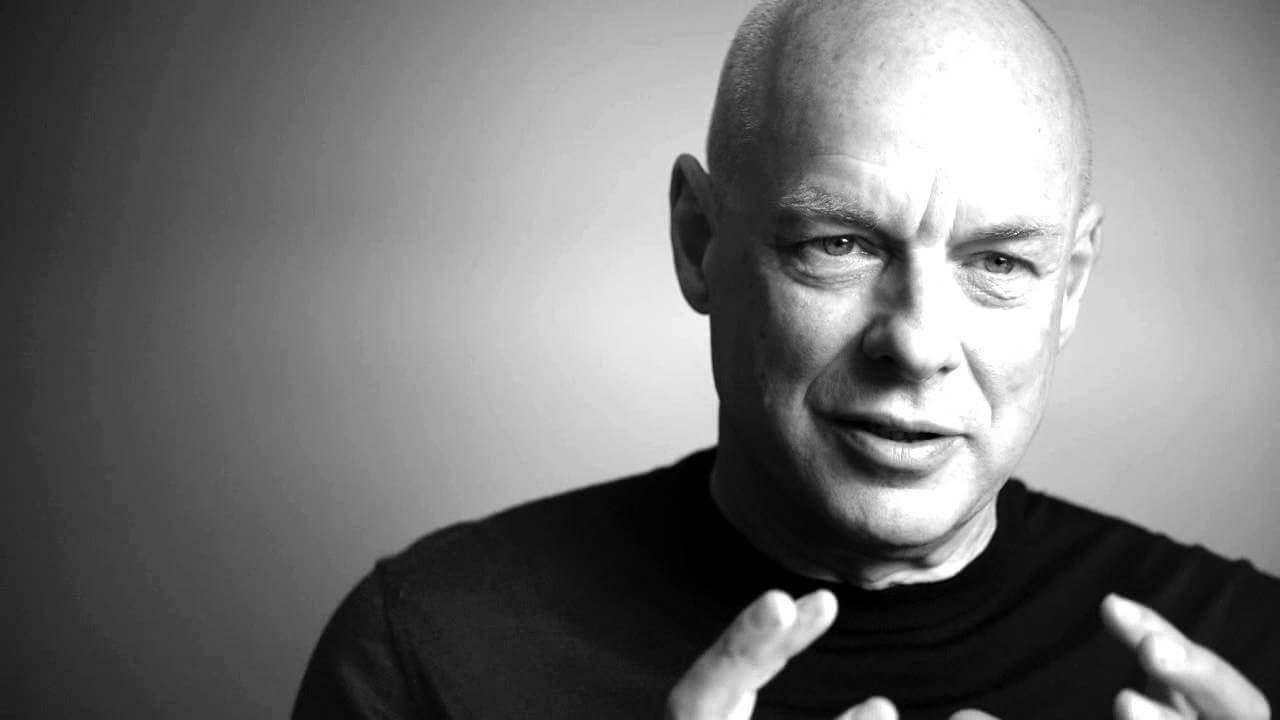 Brian Eno has cemented his legendary status in music about ten times over. He was a founding member of Roxy Music, created at least 3 classic solo albums before becoming bored of conventional rock music and subsequently inventing ambient music. He’s produced David Bowie, U2, Talking Heads and Coldplay among countless others. He pioneered generative sound software, composed the famous Windows startup sound, and worked as an activist for political and environmental causes. He is rock music’s foremost public intellectual, and his work ethic puts most people to shame.

How does someone so prolific come up with so many original ideas?

Eno’s ability to generate novel approaches to creative dilemmas may be his most vital attribute as a creative thinker. In the 1970s he devised a method for discovering new creative possibilities, which came to be known as the Oblique Strategies. The appeal of the Oblique Strategies is that they are useful not just to artists and musicians, but to anyone adventurous enough to seek unexpected insights when dealing with uncertain outcomes.

Together with an artist named Peter Schmidt, Eno created a deck of cards that could be consulted whenever a mental obstacle is encountered. Each card features a direct instruction for how to proceed. The cards are meant to encourage lateral thinking (often referred to in business as ‘thinking outside the box’). Speaking about the Oblique Strategies to San Francisco-based KPFA radio in 1980, Eno said:

“The Oblique Strategies evolved from me forgetting that there were others ways of working and that there were tangential ways of attacking problems that were in many senses more interesting than the direct head-on approach.

If you’re in a panic, you tend to take the head-on approach because it seems to be the one that’s going to yield the best results. Of course, that often isn’t the case. The function of the Oblique Strategies was, initially, to serve as a series of prompts which said, ‘Don’t forget that you could adopt this attitude,’ or ‘Don’t forget you could adopt that attitude.’”

The cards are open-ended but offer direct advice:

Honor thy error as a hidden intention.

Breakthrough ideas often begin as mistakes. Perhaps you’ve been hitting the wall as you try to achieve an intended result. By treating the mistaken result as your desired outcome, you could make a discovery you would never consciously have arrived at.

Would anyone want it?

Entrepreneurs have to have vision, but sometimes that vision can be myopic. It’s important to be empathic and consider, is this a good idea? Will anyone want this product or service? The bare bones of Google Glass contain some very cool, futuristic ideas, but perhaps no one at Google took the time to consider whether anyone would want it.

Perhaps you’ve been too methodical and organized. What would happen if you tried to accomplish your task in 1/4 the time? Maybe rather than focusing on launching your company with the finished version of your offering, you should consider launching with an MVP (minimum viable product) to allow you to continuously improve and iterate via customer feedback.

Not building a wall but making a brick.

Do you have total situational awareness of what you’re working on? Perhaps by reframing an aspect of your work, you can better understand its significance in the whole. A single ingredient vs an item on the menu vs the entire menu vs the dining experience vs your brand vs your neighborhood vs food culture at large.

There are several different editions of the cards available. The easiest to find and most current edition is composed of 113 cards. An online version can be found here: http://oblicard.com/

The Oblique Strategies are part of a long tradition of lateral thinking techniques. The basic principle behind lateral thinking is that by approaching a problem from a different angle, we may be able to find better solutions. Utilizing imagination and inspiration to generate unexpected solutions to the problems you face means not simply going for the obvious solution. There’s rarely only one solution to the problem. Ideas should not compete against each other, but instead should clarify our methods until we have chosen the optimal solution for an individual problem.

Edward de Bono, a creativity expert and the inventor of the term ‘lateral thinking’, sums it up in saying, “Creativity involves breaking out of established patterns in order to look at things in a different way.”

The Oblique Strategies are a trapdoor for stale ideas. Techniques encouraged by the Oblique Strategies are taught to children at Montessori and Waldorf schools, to future professionals at Stanford, Harvard and in the MIT Media Lab. They are championed by people like Richard Branson and at organizations like Pixar, but they’re not fancy or unattainable or expensive.

It doesn’t cost anything to think differently about the problems facing your business. But it could cost dearly not to.

How to Open a Yoga Studio

How to Build a Budget for Your Small Business

How to Interview Someone