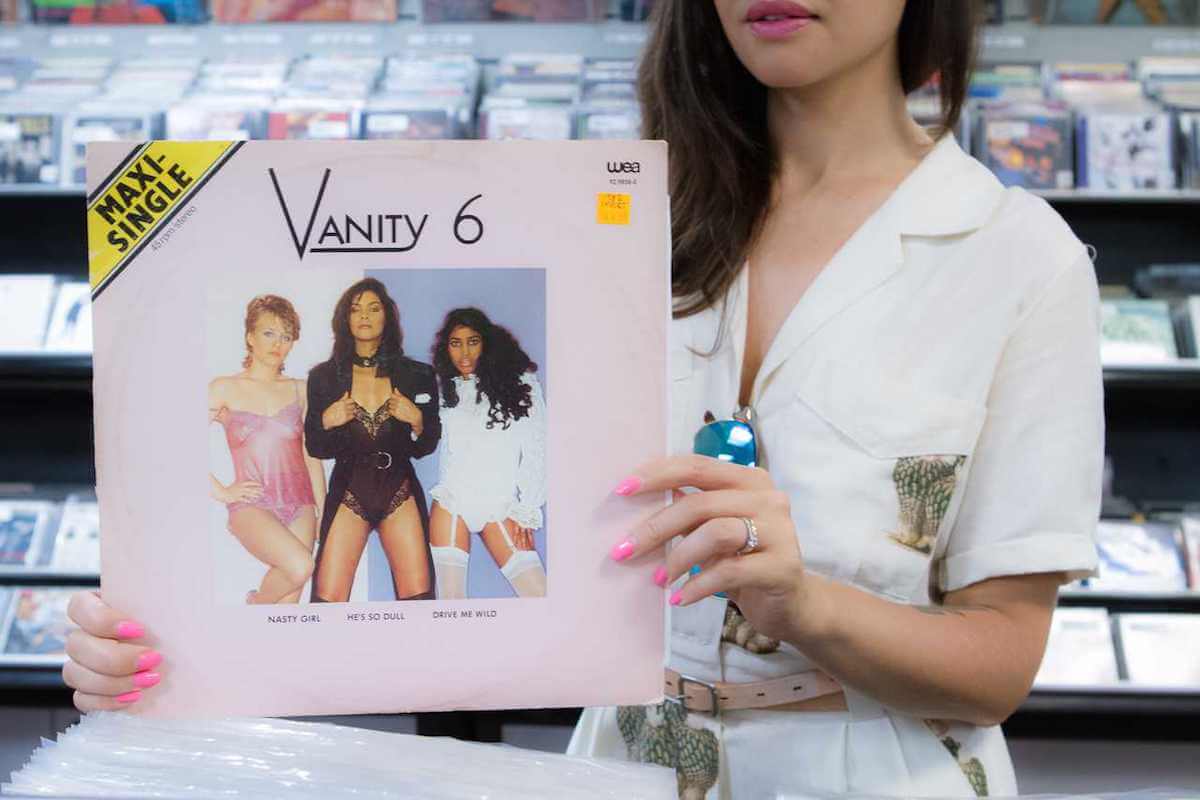 Cassette tapes, CDs, early MP3 players. In the last five decades, we have cycled through our fare share of methods for music consumption, but few have endured in the same manner as vinyl. Records, despite any perceived limitations in regards to both breadth and bulk, have earned the type of cult-like, devoted following that has kept record stores, however small, open against all odds. While the likes of CD peddlers like the Wherehouse and Tower Records have shuttered their doors, swept away in the wake of a ruthless digital tsunami, NYC record stores live on. These largely small operations, run by people with a passion for high fidelity, act as stubborn bastions of a certain kind of culture. Their very existence is a fight against the current demands for smaller, faster, cheaper, lighter. Vinyl is none of these things. Vinyl is its own reward.

It makes sense that New York City, with its long historical connection to music and its fervent support of small businesses, plays host to a handful of expertly curated record stores. That’s why we’ve partnered with Genius — the Brooklyn-based company devoted to lyrics and musical knowledge — to bring you a list of some of the best of the boroughs, with selections from a few friends featured in For New York. Whether you like Chick Corea or Mac DeMarco, chances are one of the purveyors listed here will have what you’re looking for, and probably a few things you didn’t even know you needed. There is nothing quite like discovering your new favorite record while manually flipping through sleeves of plastic-covered cardboard, words and images calling to you with the promise of surprise. That feeling is something the digital realm has stripped away. These NYC record shops, however, will make sure it’s never wholly lost.

“They get amazing collections; recently, they came up on a huge collection of early 80s, UK indie, Factory Records, and early dance stuff. I find their whole perspective really cool because it’s such an agnostic outlook on music – you’ll find everything there.”

“It’s still one of the East Village’s hidden gems and my go-to spot to buy and sell used records. From the dollar bins to the wall trophies, it’s perfectly curated and all heat.”

“To this day, their curation focuses heavily on punk, alternative, and rock – all of my favorites!”

“Ben’s a real maven; his perspectives and selection are really peerless – he’ll hold a lot of stuff like boogie, drum-n-bass, reggae, hip hop records that are all rooted in dance DNA.”

“While you’re not going to find a copy of that rare funk record you’ve been looking for, you’ll come up on a dope ’80’s dancehall 12” you’ve never seen before. That’s the type of music discovery you can’t get from an algorithm.”

“They’re a great resource for beginners and audiophiles alike; everyone who works there knows more than you do about music, but none of them will be condescending or treat you like shit.” – David Perez Shadi

“TTL was always very specific in its curation – its core audience is comprised of audiophiles, vinyl collectors, and music heads. The selection of equipment and records here is peerlessly handpicked – you’re never going to find anything cheap or gimmicky. It’s strictly the best of the best.” – DJ Neil Armstrong

“The most impressive thing about Turntable Lab is that they treat everyone who walks in the door the same way. Doesn’t matter if it’s me or someone just starting to learn how to DJ, they let relationships build up organically. That’s super dope to see a crew like that treat all of their customers with respect – like they’re DJs.” – DJ Clark Kent

“You’ll always find some joints you never knew you wanted, but played in that context it makes total sense. That’s exactly what a good store should do – make you see things differently than you would have before.”

“Fool’s Gold is a business that I own with my brother A-Trak, Nick Catchdubs, and our business partner Ben Jacobs. At its most essential, Fool’s Gold is a couple of things – it’s a record label and a brick and mortar record shop. I think that, as Canadians who moved to New York, opening the physical shop was kind of like putting our stamp on the neighborhood we love… So, as much as it is a place of business, it’s also the conduit we use to give back to our community; it’s how we invest in the cultural fabric of Williamsburg and Brooklyn.”

An Introduction to Small Business Insurance

5 Seasonal Business Loans to Keep You Funded in Peak Season