The Man Behind the Meatball Shop and Seamore’s

The Man Behind the Meatball Shop and Seamore’s 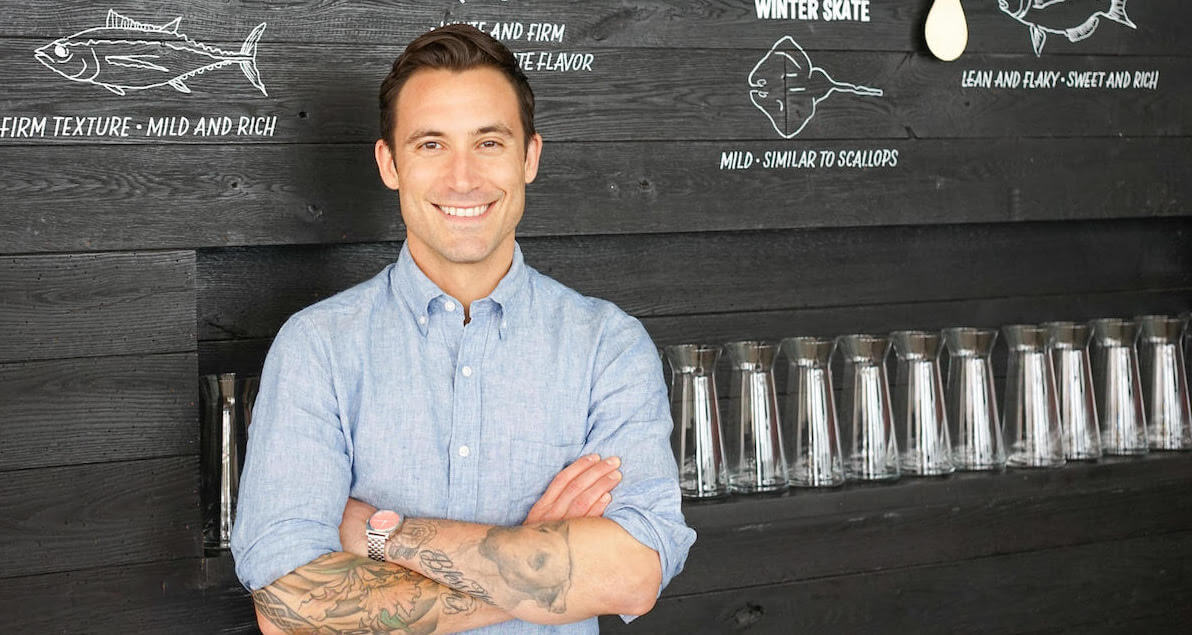 On a cold Monday at noon, Michael Chernow walks around his newest restaurant venture, Seamore’s, talking with the general manager, sitting at the bar, calm. He’s young and looks like a hip New York fisherman. Bright, beach-y and welcoming, Seamore’s serves varieties of local fish in tacos, on salads, in sandwiches. The goal was to make “the most epic fish taco restaurant in the city,” he says by phone the next day. Chernow’s first venture, The Meatball Shop, was a flyaway success, with six locations throughout the city, a cookbook and accolades worldwide. Seamore’s is likely to follow, restaurant review site The Infatuation calling it “actually genius”. Chernow took some time to chat with Funding Circle about his path in the industry, and how to make a small business boom.

Tell us about yourself.

I was born and raised in New York City. I started working in restaurants at 13-years-old as a delivery boy and quickly found out that I love being in that environment. I’m really passionate about people.

What were the first restaurants you worked at?

The first restaurant I worked at was the Candle Cafe, a vegan restaurant on the Upper East Side. I was a freshman in high school and they allowed me to be a delivery boy. By the time I was 19 or 20 I stared bartending… Then I landed my dream job [bartending and bar managing] at Frank Restaurant, where I’d work for eight years.

Why is the people component so important to you?

I like making people happy. That’s my mission in life. I guess, ultimately, it’s selfish because when other people are happy I’m happy and my goal is to be happy at all times.

Give us some moments in your many years in restaurants when you made people happy.

I mean it happens every day. I walk up to tables in my restaurant, I kneel down and I smile and ask how people are doing. I have a really great memory, so I’m able to remember people’s names. Everybody’s favorite word is their own name. They love being recognized and acknowledged so when somebody walks through the door in a restaurant and they get called out, “hey, what’s going on John?” it makes a huge difference.

So how did The Meatball Shop come about?

I called up [my childhood best friend Daniel Holzman] and said, I’m gonna open up a restaurant and I want you to be the chef. One night we were walking around the East Village and looking at what people were eating late. There was Pommes Frites and shawarma and pizza… At Frank Restaurant, at one o’clock in the morning I would always eat a bowl of tomato sauce with meatballs. And I said, “dude, what about meatballs?”

We sunk our life savings – I think we each had $20,000 – into this idea. Once the business plan was written, I sent it out to a bunch of regulars at Frank. 90% cut the check. We opened the doors on February 9th, 2010, and it was a home run. Then one of the investors said I wanna open up another five with you

So had you conceived of doing a chain before?

When you’re building out a concept in small business you should think, can I duplicate this? That’s how you ultimately drive sales and revenue. If you have something really great and it’s not duplicable, you’re selling yourself short.

So how did Seamore’s come about?

After we were at five stores, I found out quickly that my passion for people was not being fulfilled. I said [to Daniel], I think that you should be the CEO of this company. I’m gonna take a step to the side.

On the weekends as a kid I would go out to Long Island and go fishing. We’d catch bluefish, flounder, blackfish, sea bass… I said, there’s no restaurant that really focuses on fish that’s from the Mid-Atlantic. There are amazing species of fish that swim local and they’re a lot less expensive because they’re not in high demand. My goal for Seamore’s was to open up the most epic fish taco restaurant in the city.

What are the challenges of owning a small business?

It never stops. You’re never able to turn off the phone. And specifically in the restaurant business you’re dealing with alcohol, with food, with knives…

What do you think makes something cool in New York?

How does that play out in Seamore’s?

The story. I grew up fishing. I love eating fish. The design is from my heart – when I closed my eyes I saw exactly what it is. I hired 30 people for the front of house and personally trained every one of them. We work with fisherman in Montauk. A couple of Wednesdays ago we invited five fisherman and their wives to the restaurant. Halfway through the meal I stopped the music, I turned up the lights and said, hey everybody, I just want you to know that those five guys at the table over there, they caught all the fish that you’re eating right now. We’re so pumped about how passionate they are and if we can support them, they’ll be able to pass this passion on to their kids and their kids and their kids… Those guys were in tears. It was awesome.

Take a Trip with Wary Meyers