5 Companies That Survived the Brink of Death

5 Companies That Survived the Brink of Death 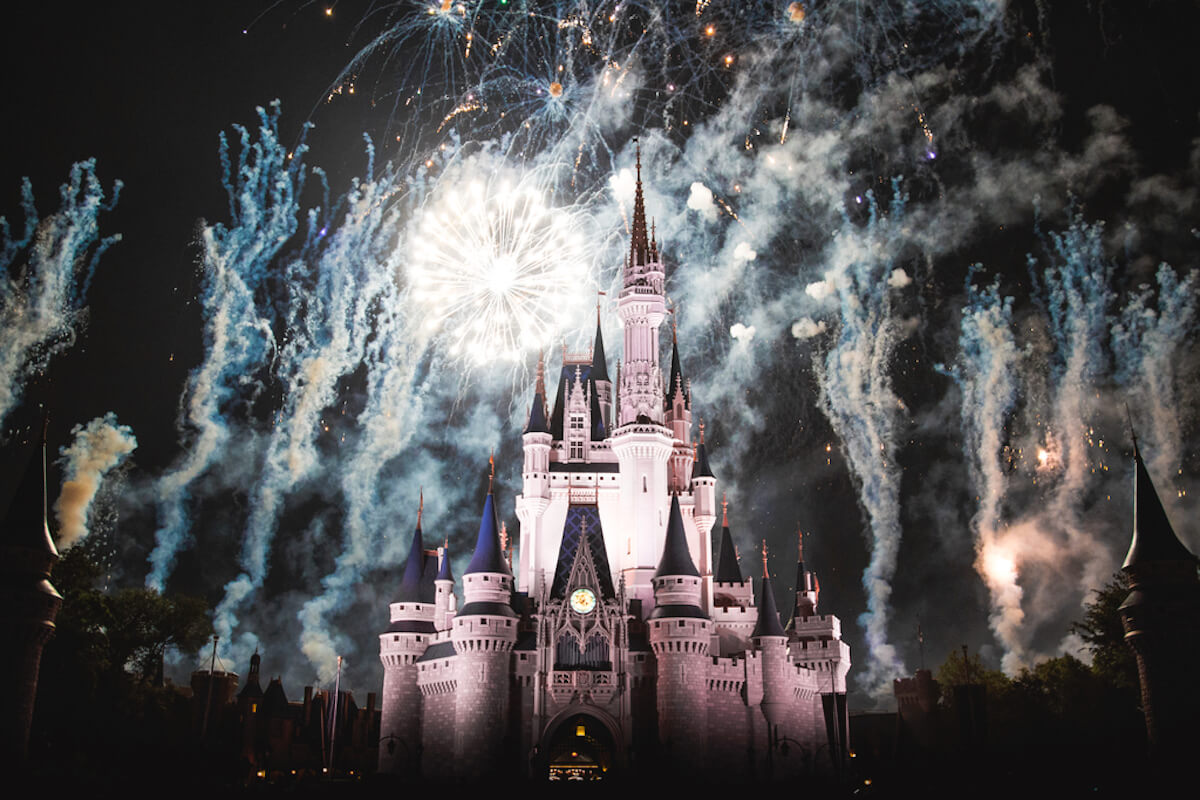 At Hardbound, we make five-minute illustrated stories about the best books in business, history, and science. We recently released a Hardbound story about The Hard Thing About Hard Things and we were so inspired by that comeback story we sought out and compiled our top five comeback stories.

Entrepreneurs can be pretty resilient. Some of our favorite founders, and some of the most successful companies suffered layoffs, down rounds, or went into the famed “cockroach mode.” The simple truth is if you’re an early stage entrepreneur (or work with one) you have a better chance of failing than succeeding. Luckily, the plethora of books and articles like this one offer entrepreneurs the chance to learn from other’s mistakes. The five stories below offer tactics that you can use to keep your business alive if you find yourself on the brink of death.

While at Yale University in 1962, Fred Smith was racing to submit an economics paper on time. He hurriedly wrote a paper about an overnight delivery service in the computer information age. He didn’t think much of it at the time, but that paper laid the groundwork for FedEx. In 1971, Fred Smith founded the company with his inheritance and over 80 million dollars in business loans (half a billion dollars in today’s currency). Due to rapidly rising fuel prices, the economics in Fred’s paper weren’t holding up. After two years, the company was losing a million dollars a month and on the verge of bankruptcy. Millions of dollars in debt, Smith was racing to raise some additional capital.

Smith employed the tactic that had been so successful for him — business loans. Even with a fleet of 8 planes and service in 35 cities, no one was picking up his deal. After a particularly disheartening denial from General Dynamics, Smith realized he didn’t have enough money to fuel up his planes for next week. The company had already tried every scheme it could, including using pilot’s personal credit cards and uncashed paychecks for fuel. That weekend, Smith impulsively took the company’s last $5,000 dollars and flew to Vegas.

Miraculously, Smith netted 27,000 dollars at the blackjack tables and flew back in time to fuel up the planes for next week. Roger Frock, an SVP at Fedex was flabbergasted, saying, “You mean you took our last $5,000 — how could you do that? [Smith] shrugged his shoulders and said, ‘What difference does it make?” Smith used this momentum to raise additional capital, closing on 11 million dollars in the coming weeks. Fedex turned its first profit a few years later and has been on the up and up ever since.

Read more about this incredible story in the book, Changing How the World Does Business: FedEx’s Incredible Journey to Success — The Inside Story

Most of you have probably seen or heard of ‘Snow White’. What you might not know is that this film saved Disney from certain death. When video animation burst onto the scene in the roaring 20s, Walt Disney was known as the pioneer. However, Disney faced multiple financial setbacks in the 20s and 30s. At one point, Disney lost the rights to his most popular character, with not a clue how to fill that void. By the early 1930s Disney was over four million dollars in debt.

With barely enough cash to finance the project, Disney released “Snow White and the Seven Dwarfs” in 1938. The blockbuster movie sprung the company out of bankruptcy and bankrolled the building of Walt Disney Studios in California. Disney credits these hard times for his eventual success, saying, “You may not realize it when it happens, but a kick in the teeth may be the best thing in the world for you”. Fortunately for struggling entrepreneurs, the takeaway here is that one killer idea can make up for a series of flops.

Want to learn more? Read the rest of Disney’s story in Walt Disney: An American Original

In Howard Schultz’s book, Onward: How Starbucks Fought For Its Life Without Losing Its Soul, we learned that Starbucks, the green giant, almost tanked during the 2008 recession. Starbucks was a little known bean roasting company until Howard Schultz, then Director of Marketing, went to Milan to attend a trade show. The show was unremarkable, but on his walks to and from the show, Shultz discovered, “the theater, romance, art and magic of experiencing espresso”. Shultz returned to the US and bought the Starbucks brand from the original founders in order to recreate the experience of Milano coffeehouses. With this focus on experience, Schultz grew Starbucks from one location to 0ver 3,500. Schultz took a hiatus in 2000, with high hopes for the continued growth and expansion of the coffee company. In the next eight years, a much different story played out.

Shultz’s successors cared little for the experience, and expanded to thousands of cities and locales that couldn’t support the community atmosphere so vital to the chain’s success. Then the recession hit, and without the art and experience consumers refused to pay $4 for a cup of coffee. Shultz felt like, “a former captain who could sense his ship slowly sinking,” and returned as CEO in 2008. He temporarily closed thousands of stores in order to re-train the employees and recreate the atmosphere. Shultz checked his ego at the door, and reworked or replaced many of the strategies that he had implemented from the beginning. Schultz’s transformation of the company shows how humility and a fresh perspective are oftentimes more valuable than expertise and vision.

LoudCloud sold to HP for 1.65 billion dollars, but they weren’t always a smashing success. In the writing of our latest Hardbound story, we learned the one change that every founder or manager needs to be able to make. Ben Horowitz founded LoudCloud during the peak of the dotcom boom. When that wave came crashing down in 2001, Loudcloud’s millions in revenue disappeared overnight. Horowitz employed dozens of tactics, but the most important change he made was his own management tactic. When necessary, Horowitz changed from a “Peacetime CEO” to a “Wartime CEO.”

Horowitz says, “My greatest management discovery[…]was that peacetime and wartime require radically different management styles”. Horowitz, through his own story, gives other entrepreneurs a guide of how to break with our normal, positive, peacetime tactics and be appropriately ruthless. Management in wartime is about defining a mission and sticking to it no matter what. The wartime CEO will execute layoffs and eliminate all distractions. The great gift of Horowitz’s story is that Ben, a good manager and a good person, has to make tough calls again and again. Many managers feel they could never call someone out in public or deliberately undermine their competition, but Horowitz, through his own story, gives us that permission. His book, The Hard Thing About Hard Things, is one of the few resources entrepreneurs have for how to manage through wartime. Through these tactics, Ben took his business from a few weeks from bankruptcy to millions in revenue and a successful exit. Read our Hardbound story for more on how he did it.

Chances are good you haven’t heard of GNIP. This story fascinated me, and since the founders live in my hometown I dug in and learned more. GNIP was founded in 2008 by Jud Valeski and Eric Marcoullier. The company mined social media data better than anyone, but that didn’t mean that they had a successful business on their hands. This was the early days, before “big data” was even a buzzword. GNIP had racked up some amazing investors, with Brad Feld of Foundry group and a who’s who of Silicon Valley sitting on the board. But times were tough, and when the need for a Series B arose, not a single one of their investors was willing to step up.

The CEO at the time, Chris Moody, had a big vision. He saw a future full of social media data, and that GNIP could be “Grand Central Station” for it all. GNIP had built world-class technology to aggregate APIs and they were constantly getting approached by partners asking them to make one-off technology solutions to solve specific problems. While these were the type of things that could have put some money in the bank, they were incredibly distracting for the engineering and management teams. Instead of working on these one-offs, GNIP focused on their vision and communicated it continually to their investors.

In the end, this focus on the vision saved them. Brad Feld ended up leading their Series B, and a year later, GNIP had an exclusive data partnership with Twitter. Four years after that, Twitter acquired GNIP for over 100 million dollars. I asked Chris Moody, Jud Valeski, and Brad Feld about how they secured that investment. Brad said he invested in GNIP because of the vision, and Chris agreed. Jud, when I asked him, chuckled and said, “Yea, duh.” The talk that he was giving when I asked him is titled, “The Road to Hell is Paved With One-Offs,” and it’s all about sticking to the vision. For yourself or the entrepreneur in your life, stick to vision. It’s why the company was founded and the vision alone can keep it alive.

Every company goes through hard times. As entrepreneurs it’s important to remember that you can get through this, and sometimes it’s the best thing for you. When times get tough, do as others have done: Focus on the vision, seek fresh perspectives, lean in to wartime, ship a totally new idea, and do whatever it takes.

How to Set, Track and Achieve Your Business Goals in 2017