Business owners rely on determination and resilience to reach success

Business owners rely on determination and resilience to reach success

SMEs play a huge role in driving the economy forward, and will be vital in the recovery from the pandemic. Business owners have shown their resilience more than ever over the last year, but their course to achieving success has never been smooth. Through our recent OnePoll survey, we spoke to 1,000 small business owners who shared some of the hurdles they faced when starting out, and how they’ve adapted to overcome them.

In business, there are always setbacks, but the most important thing is to learn from them. As Richard Branson put it: “You don’t learn to walk by following rules. You learn by doing, and by falling over.”

In order to reach success, business owners take an average of 11 pitches and 6 reinventions of their business model. 42 per cent said they’d suffered more setbacks than they’d originally anticipated when starting out, and more than half told us that they’d often felt like giving up on the road to success.

Lisa Jacobs, our Europe Managing Director said: “The research highlights the many twists and turns in the life of a small business owner, but it also celebrates their perseverance, resilience and adaptability.

“We’re proud to be able to play a part in their journey, helping small businesses up and down the country succeed.”

Accept what’s outside of your control

Sometimes the most helpful thing you can do is to accept that there are external factors that you can’t control. Just under half of small business owners (48 per cent) said that acknowledging this had been an important step in their business journey.

One such business owner is Michael Kain, a Funding Circle borrower and  co-founder of Bramley & Gage, maker of the award-winning 6 O’clock Gin. Speaking on the subject, he said: “Investing in the business just as the financial crisis of 2008 hit was a step up followed quickly by a sharp down as borrowing costs rose. An external factor beyond my control, fortunately I was able to manage other costs to come out in growth.

“Then launching 6 O’clock Gin and its matching 6 O’clock Tonic in 2010 was a great up, a world first, no-one had the courage to develop and launch a gin and tonic together.  It was very well received by some but met a lot of resistance in the trade – no bar manager wanted to be forced to list both lines.

“As the gin boom developed it became a barrier to sales, so we eventually dropped the tonic in 2016. Out of the financial crisis came online lending and our Funding Circle loan allowed us to buy our first big still. We got better service and a lower interest rate than our less than helpful bank.”

Here are some top tips given by small business owners on the advice they would give to their younger selves:

Most inspiring entrepreneurs according to SMEs

We also asked which business figures they looked up to and or took inspiration from. Their ten favourites were:

5 ways to treat your Dad this Father’s Day

Back to school: 5 ideas to kickoff the new academic year 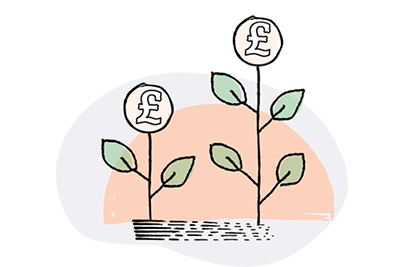