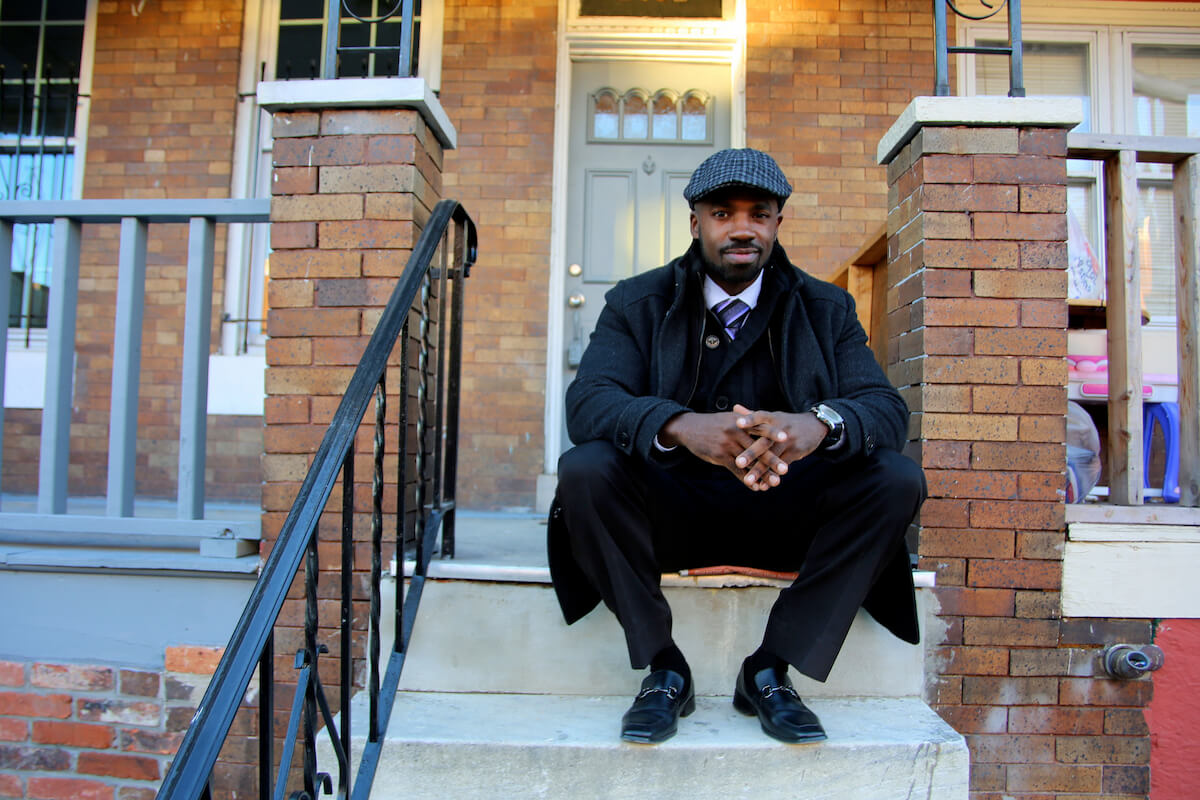 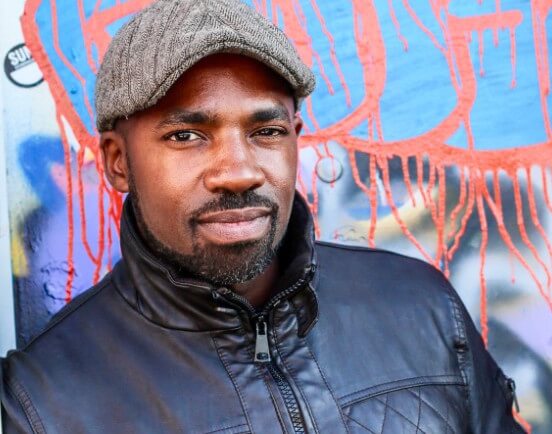 Chris Wilson lives in Baltimore City and is the owner and founder of the Barclay Investment Corporation and The House of DaVinci.

You could say that Chris Wilson was born to be a business owner. At the age of eight, he had already successfully launched his first entrepreneurial endeavor: pooling the lunch money that he received each day until he could afford to buy a bag of Blow Pops for $2; selling each individual lollipop for 50¢ a pop; and walking away with a profit of about $16 and change.

And become a business owner he did; however, his route was more circuitous than most. Yes, he experienced the run-of-the-mill challenges that many entrepreneurs encounter, but he also faced an obstacle that would bar anyone, both physically and mentally, from success: A sentence of life in prison.

Chris Wilson grew up in a suburb of Washington D.C where homicide was a regular occurrence, and gun violence was omnipresent. While Wilson enjoyed attending school, he recalls, “It was often hard to concentrate in class because of what you had seen the night before…it was hard to get rid of those images.” Wilson attempted to stay busy by learning how to play the cello, picking up competitive chess, and running track. However, as Wilson got older, escaping the harsh reality of his surroundings became more difficult. Through Wilson’s teenage years, his mother was in an abusive relationship with a police officer—who also assaulted Chris on numerous occasions—and by the age of 17, Wilson had buried five of his friends. He started carrying around a weapon for protection. Soon after, Wilson was approached by a group of men outside of a convenience store. An altercation ensued, which quickly turned into a gunfight. Chris Wilson took a person’s life. As a young kid, with the first signs of a mustache shadowing his upper lip, Wilson received a sentence of natural life in prison.

For the first year of his sentence, Chris Wilson fell into a deep state of depression as he came to accept that he would never get out. However, something snapped in him, and despite all odds, he found something no one expected him to find: motivation. As he recalls, “when you’re young, you have this vision of things you want to do in your life, places you want to go, food you want to eat, the person you want to be—and to be in prison, and have someone tell you all those things will never happen—it made me depressed, but I chose not to believe it”. Wilson began to look towards something that had always served as a glimmer of hope throughout his entire life: education. Although he had never fully applied himself, the self-described “book smart” Wilson had always enjoyed school. Embracing his affinity for learning, he determined he would teach himself, “channel all this energy, and prove to whoever—the judge, the institution—that I deserved a second chance.” Chris Wilson developed what he refers to as a “positive delusion”, choosing to believe that one day he would be free.

So, he began by putting together a master plan to map out the future. Sitting in his cell, he asked questions like: Who do I want to be? What is this person going to look like? What is this person going to accomplish? What are people going to say about him? His answers served as the infrastructure for what ultimately resulted in a two-page long list of intentions. “Everyone else thought I was crazy, but I chose to believe this master plan was what was going to set me free”.

Some of what was included in the master plan is described by Chris Wilson as “silly”: meeting certain celebrities as well as buying his favorite car, a black drop-top Corvette. But for the most part, the list of “wants” were practical and attested to the greater purpose Chris envisioned for himself, and his life: going to therapy to understand why he ended up in prison, graduating high school, being released, graduating from the University of Baltimore, learning Spanish, writing a book (with the intention of helping people, like him, transform their own lives), and starting a company. Wilson taped the master plan to his bunk in his cell, and sent a copy to his judge.

“Everyone else thought I was crazy, but I chose to believe this master plan was what was going to set me free.”

Chris Wilson quickly began tackling his master plan—becoming a voracious reader as well as earning a degree from Anne Arundel Community College through their prison program. One day, while flipping through The New York Times, he read about a new technology: something called the “digital camera”. Although the prison already had a few Polaroid cameras for taking photos of inmates, Wilson was convinced that the payoff in this digital technology would be huge. He had wanted to figure out a way to raise money for the dwindling Inmate Welfare Fund, and he knew that this was his opportunity. Wilson wrote up a proposal for a business plan, purchased a printer and digital camera, and launched a photography operation—managing to negotiate a 200% raise in pay, from $1.35 a day to $2.70. He also started and ran a career center, serving as a mentor, and helping prisoners who were preparing to be released with everything from finding scholarships to editing resumes. Ten years later, and after being denied five times to have his sentence reconsidered, Chris Wilson’s prayer was finally answered: a second chance. His sentence was reduced—making him eligible for release—and eventually, after spending over half of his life in prison, Chris Wilson was finally free.

“When I got out, I didn’t have anything. I was homeless, sleeping on my friend’s couches, bouncing around.” However, with the “marching orders” from his judge to finish his master plan, Wilson reached out to the dean at the University of Baltimore, and to his astonishment, was accepted as a student—on the condition he passed the entrance exam. Knowing that he wanted to do something where he could help others, Wilson set out to find a career in nonprofits or community development. He was put in touch with Greater Homewood Community Corporation, and went through a series of interviews. “I stayed up all night watching YouTube videos so I could learn how to tie a tie.” Ultimately, Wilson received a job offer with a starting salary of $42,000. 30 days later, he received a raise, and seven months later, he was promoted to director of the program.

Yet even with job security and a steady income, part of Chris Wilson’s master plan was to start a company. So, he founded House of DaVinci, a furniture restoration and upholstery business. And a few months later, he decided to start another business: Barclay Investment Corporation, a contracting firm. Now, Chris Wilson is the proud owner of two businesses, all of which seek to employ the formerly incarcerated.

Chris Wilson has not only followed his master plan, but in fact, arguably surpassed what he had originally set out to accomplish. In addition to finishing up his undergraduate degree from the Merrick School of Business, he was also named a Ratcliffe Scholar and earned a spot in the Entrepreneurship Fellows Program at the University of Baltimore. He speaks Spanish, but is also proficient in Italian and Mandarin. He is in the process of solidifying a book deal, and he’s crossed a few celebrity meet and greets off of his list—including spending an entire day with Dave Chapelle at his house in Ohio. And let’s not forget to mention, Chris Wilson was chosen to be featured as the face of a Bernie Sanders campaign video, sharing his story with hundreds of thousands of Americans.

Chris Wilson turned his dreams into a reality, even when all of the odds were stacked against him: an entrepreneur, through-and-through.

Do you have any words of wisdom for someone else starting their own small business?
Don’t let your pride prevent you from reaching out for help. You don’t have solutions for everything… you can’t do it all by yourself. So don’t be afraid to ask for help.

Book every entrepreneur owner should read:
The 48 Laws of Power by Robert Greene

What are your three favorite small businesses in Baltimore?

From Kingston to Seattle: A Restaurateur’s Journey

Half a Century at the Drive-In