Not Quite Out of Print: America’s Best Bookstores

Not Quite Out of Print: America’s Best Bookstores 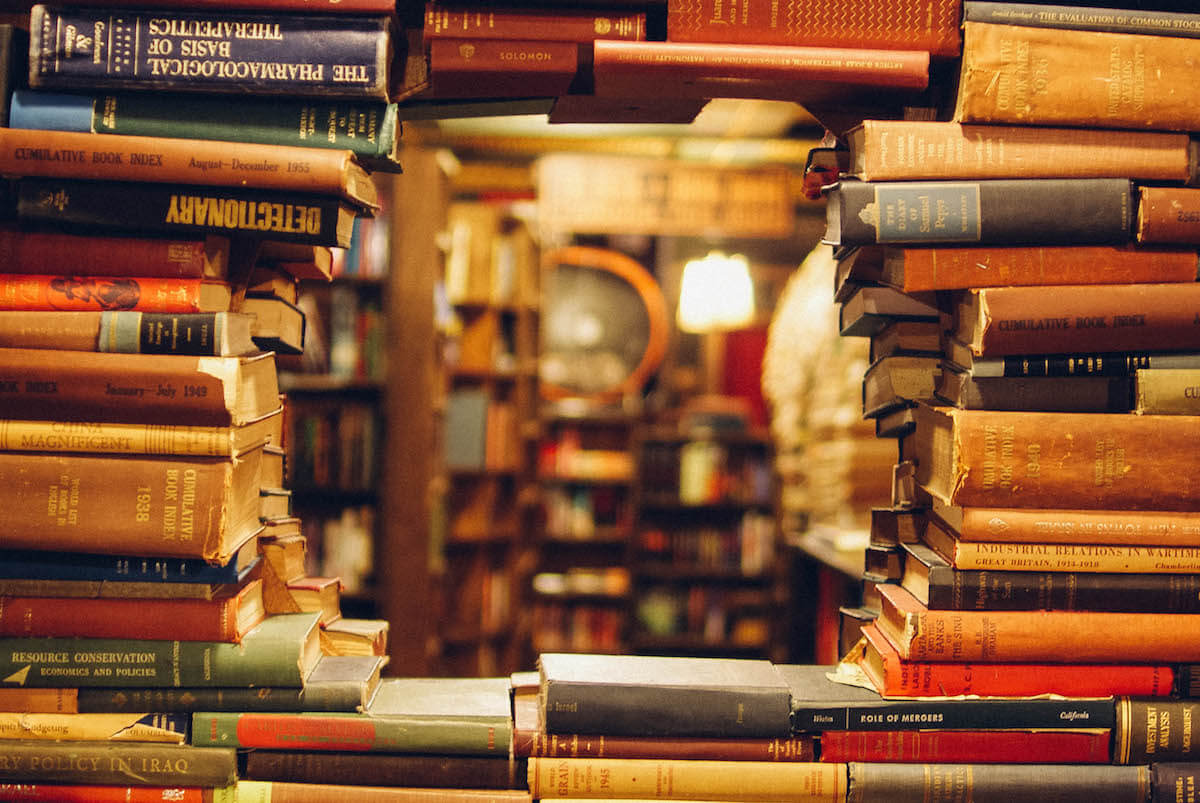 It’s easy to assume that with each new Kindle, Nook or iPad to fly off the shelves, another American bookstore goes the way of the Blockbusters and travel agencies before them. And yet, despite the proliferation of e-readers and e-commerce, America is still home to some of the most unique and best bookstores in the world. All across the country, you’ll find proverbial moms and pops peddling rare, used, first edition, and yes, even new books. And it’s not just the little guys. In 2015, Barnes & Noble closed fewer stores than it had originally planned, with retail group CEO Mitchell Klipper asking the Wall Street Journal, “Why close a store that’s profitable?”

Nestled between the all glass high-rises of Manhattan’s TriBeCa neighborhood stands an unassuming red-brick two story building whose only entrance is an antiquated wooden door. Inside, the literary and culinary worlds intertwine at Joanne Hendrick’s Cookbooks, a one room bookstore specializing in rare and antique cookbooks including a recipe pamphlet dating back to 1703. After you stop by, cross the street and check out Bond Street’s New York offices!

You’d probably expect to find a bookstore called Faulkner House in William Faulkner’s native Mississippi. And yet, look no further than the Bayou for this self proclaimed “sanctuary for fine literature.” Faulkner first visited The Big Easy in 1939 and based some of his most iconic characters on the individuals he met during his stay. Home to the Priate’s Alley Faulkner Society, the shop features plenty of other authors besides its namesake; But the next time you’re on the hunt for a rare first edition of The Sound and the Fury, this should probably be your first stop.

Just as it name might suggest, Baldwin’s Book Barn, is a repurposed 19th century barn priding itself on five stories packed from the floorboards to the beams with 300,000 rare books, manuscripts and maps in addition to an impressive art collection. Owner Thomas Baldwin Sr. told The New York Times it’s no rare occurrence for strangers to, “just leave books at the door for us.” The donations are nice, but maybe not necessary, with annual profits estimated between $40,000 and $300,000.

Step inside, or outside rather, “The World’s Greatest Outdoor Bookstore” at Bart’s Books of Ojai in sunny Southern California. Don’t worry about the sun’s glare making your tablet screen illegible here. The largest independently owned and operated outdoor bookstore in the United States, Bart’s Books origins trace back to owner Richard Bartinsdale’s private book collection stretching beyond the walls of his home and out onto some shelves positioned on the sidewalk.  Today, nearly one million books call Bart’s home, including the thirty five cent specials lining the outer walls whose sales rely on the honor system.

Grab a book and pull up a barstool at Spotty Dog Books and Ale in upstate New York. Located in an historic firehouse, Spotty Dog boasts 10,000 books and not quite as many beers on tap. Even though the C.H. Evans Firehouse closed its doors in 2004, former firefighters are a mainstay at the bar, trading tales about the old days between pints of ale and riveting chapters. Spotty Dog is the ideal spot for the hungry and thirsty reader.

Though it may look fairly unassuming from the outside, Myopic Books leaves no square foot uncovered packing its relatively small space with over eighty thousand unique used editions. Make sure you know the house rules before stepping foot inside Myopic: No cell phones, restack what you’ve found after browsing, check your bags, and treat Myopic’s Leonard the cat like you would any other literary luminary – with respect.

Politics & Prose is as much a part of Beltway culture as motorcades and monuments. Created by a laid-off member of the Carter administration, the bookstore quickly became known for its staff’s wide ranging knowledge of its inventory as well as their vied for recommendations. A must stop for any politico on a book tour, Politics & Prose has hosted the likes of Presidents Clinton and Obama as well as President of the Wizarding World, J.K. Rowling herself.

Though this article aims to debunk any myths encouraged by this store’s name, The Last Bookstore certainly is deserving of its spot on this list. California’s largest bookstore makes creative use of its 22,000 square ft. location complete with a labyrinth of shelves, hardcover tunnels, color-coded sections and even a full-fledged record shop. The dollar section holds nearly one hundred thousand titles alone! Ironically, The Last Bookstore proves the industry is anything but dying.

One of the nation’s oldest used bookstores, Boston’s Brattle Book Shop sits proudly on historic West Street. Its three-story building houses over 250,000 books, maps, prints and postcards, but the shop is best known for its outdoor sale lot, filling what would otherwise be an empty or parking lot with hundreds of volumes ready to be bought and sold. In operation since 1825, the Book Shop has been in the hands of the Gloss family since 1949.

The Motor City fuses its industrial and literary cultures at John K. King Used and Rare Books, a repurposed globe factory that has been transformed into an independent bookselling mecca storing an estimated one million titles. The shop is true to its city’s primary industry, boasting original papers from auto pioneers like Dodge and DeLorean. But King’s most prized find? Some original photos of Mark Twain which fell out from between the pages of a Twain biography.